As a global serial entrepreneur, Tiffany Norwood has done seven start-ups, spanning six continents and has had two IPOs.

As a global serial entrepreneur, Tiffany Norwood has done seven start-ups, spanning six continents and has had two IPOs. An entrepreneur before it was popular, she did her first start-up as a teenager more than thirty years ago and had a patent by the age of twenty-three. Her ventures have ranged from the first one-strap backpack, to the automation technology behind self-install kits for broadband internet, to a virtual reality gaming platform today.

In her late twenties, she raised $670 million to fund a global digital satellite radio start-up, WorldSpace, which included XMRadio for the United States. After raising the money, she became Head of International Business Development and did some of the first ever digital content licensing deals, including Bloomberg News with Michael Bloomberg and CNN International with Phil Kent.

Tiffany was also an early collaborator with the Fraunhofer Institute and their MPEG technologies, spending many nights at their labs in Erlangen, Germany in the 1990s. MPEG Layer-3 and MPEG Layer-4, are now known as MP3 and MP4 and both WorldSpace and XMRadio went public. By the time Tiffany left WorldSpace, it had launched 3 satellites covering the world, had offices in more than seven countries and nearly 400 employees.

As a social entrepreneur, she was a co-founder and corporate vice president of Ethiopia Healthcare Network (EHN), a non-profit that provides full-service healthcare to low-income women and children in Ethiopia. As of today, Ethiopia Healthcare Network has treated more than 10,000 patients at its partner clinic in Addis, and built a full service hospital in Dukem, which is operated by the local government.

Currently, Tiffany is the Founder and CEO of Tribetan. In this role, she speaks globally on the science of turning imagination into reality, leveraging the currency of faith in others and the natural connection that exists amongst the seven billion people in the world- her dream is that the entrepreneurial skill set of manifesting ideas is as well known as reading, writing and math. Some of her past venues include Cornell University, the Italian Parliament, Platform Summit, Global Entrepreneurship Week, Dev4Ethic, KPMG UK, Center of American Studies, the Creative Business Cup, the Mexican Embassy and others. Tiffany is also Co-Founder of Emortal Sports, a virtual reality e-sports gaming start-up and an Entrepreneur-in-Residence at Georgetown University.

Tiffany has an MBA from Harvard and a Bachelor’s in Economics with a concentration in statistics and electrical engineering from Cornell University. She has lived, worked and visited nearly 50 countries. Tiffany believes in the power of imagination and storytelling to make ideas real. She encourages everyone to tell the story of their dreams- everywhere, anywhere and all the time.

Tribetan’s mission is to transform the world by unleashing the power of imagination within all 7 billion of us. Our goal is that the entrepreneurial skill set of turning imagination into reality is as well known as reading, writing and math. Why? Because the new way, different way and better way always starts in the imagination; and the Tribetan Method teaches everyone how to make their imagination real.

The Tribetan Method is a seven step process that teaches the entrepreneurial skillset of turning imagination into reality. It  begins with core beliefs, mindset, and imagination; and ends with cultivating determination, endurance and developing an experimentation mindset. In the Tribetan universe consistent practice is more important than perfection.

The Tribetan Method is simple to learn, yet many times hard to do. But our framework is not about easy; it is about a big goal being possible and an idea being doable. A summary of the framework is as follows: 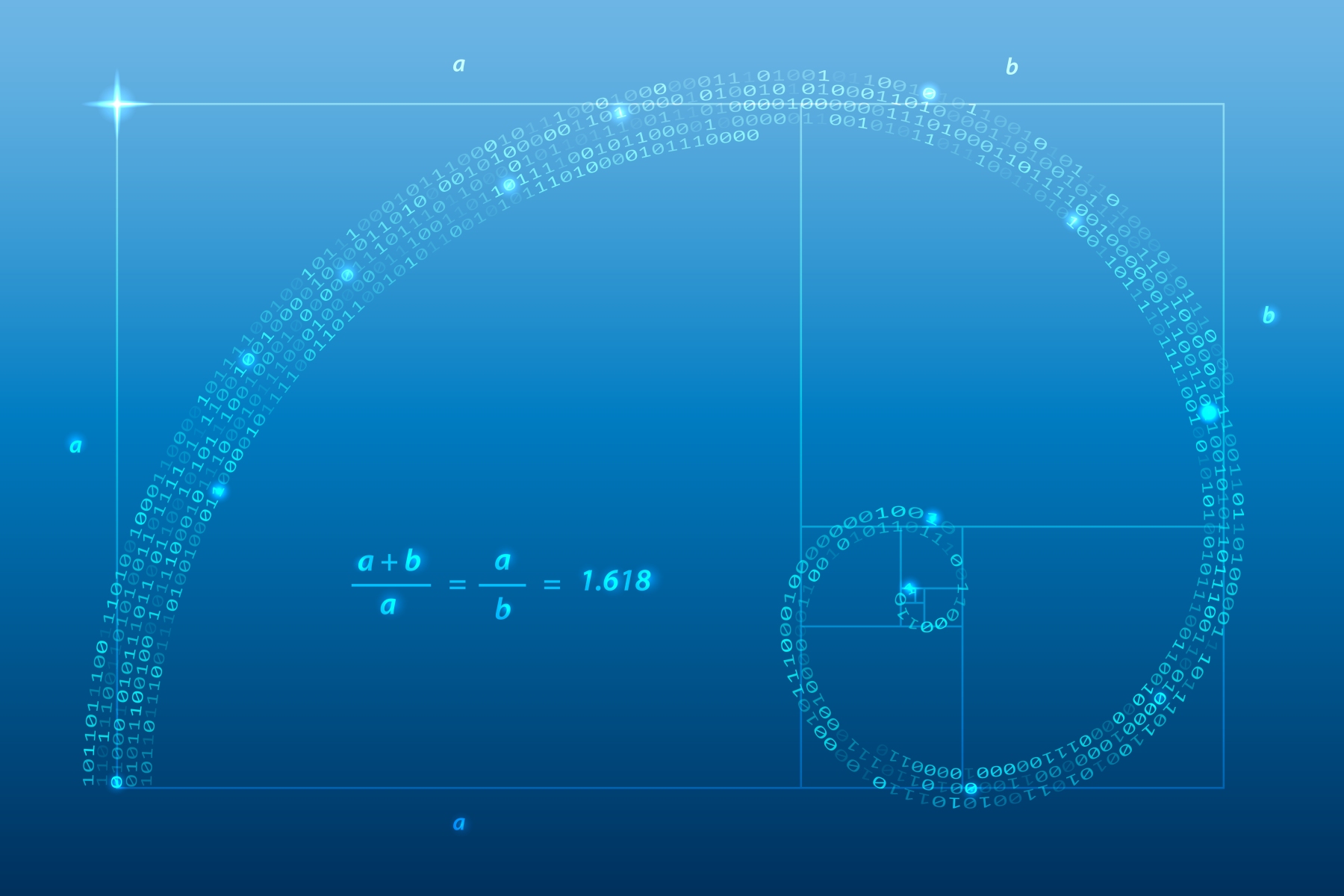 “It all seems impossible, until it is done”
-Nelson Mandela

Your beliefs have creative power and are the foundation of your perception of the world around you and how it operates. The Tribetan Method relies heavily on collaboration and faith in others in order to work.

Therefore to get results,  you must take on two core beliefs (1 )the belief that we are all connected in this world, and (2) the belief that others will show up to help you along the way. 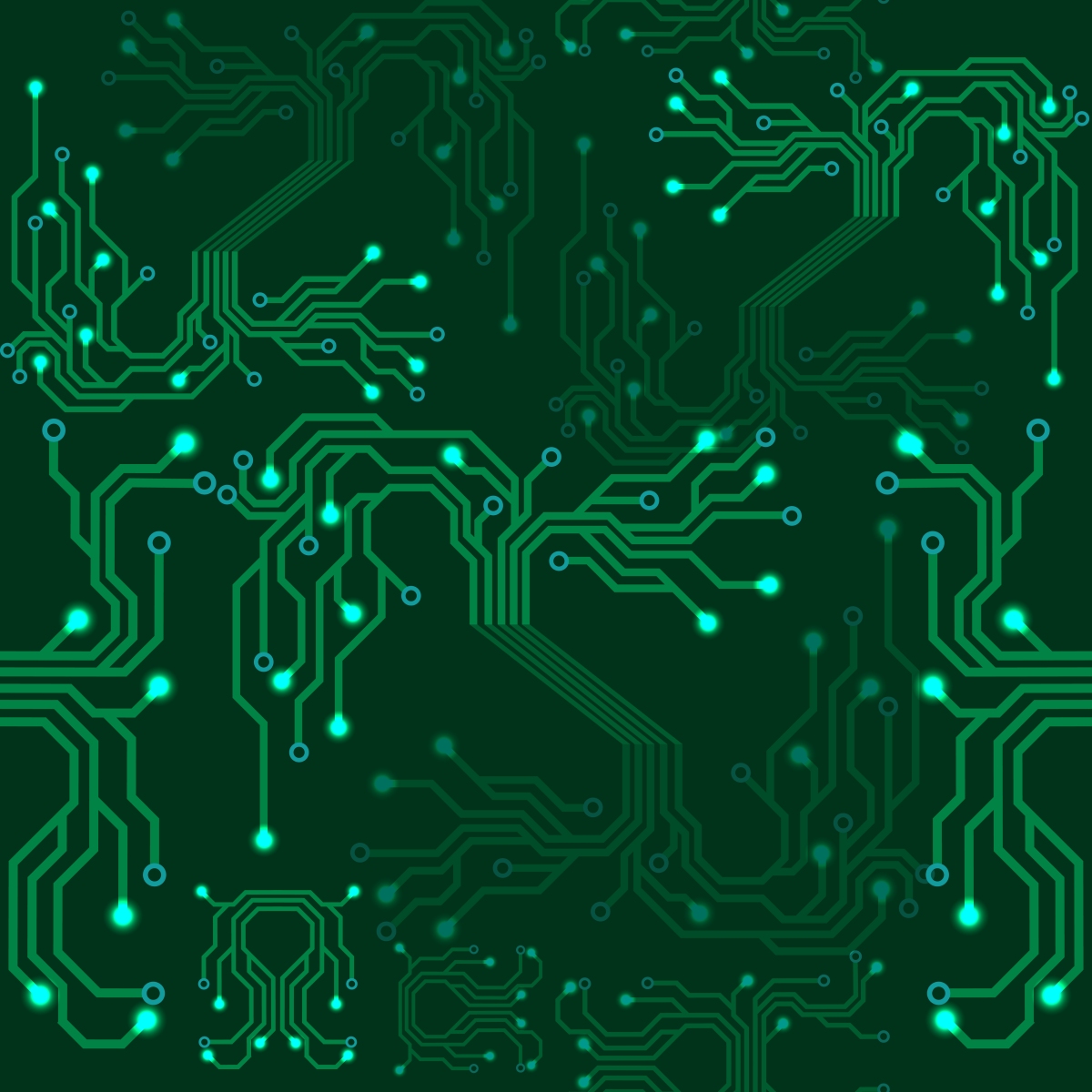 “The future belongs to those who believe in the beauty of their dreams.”

The new way and better way always starts in the imagination. In the Tribetan Universe we take your imagination very seriously. Your dreams matter and are possible for you. Converting to goals and tasks come later. Why, because once you start thinking about it as a goal, you put limits on yourself.

A dream might be to build a million dollar bakery. Or to switch careers. Or to close Series A financing or a first customer. Play with the dream, sketch it, journal a description of it. Write a poem. This is just for you to connect to what the dream is and why you want it. The story you will tell to others comes later.

03 Tell Your Story to Everyone

“Don’t let the noise of others’ opinions drown out your own inner voice. And most important, have the courage to follow your heart and intuition.”

Storytelling is a key part of making your dreams come true. Why? Because you will need others to connect with your dream in order to get help and resources. Many times all you will have in the beginning is the story.

END_OF_DOCUMENT_TOKEN_TO_BE_REPLACED 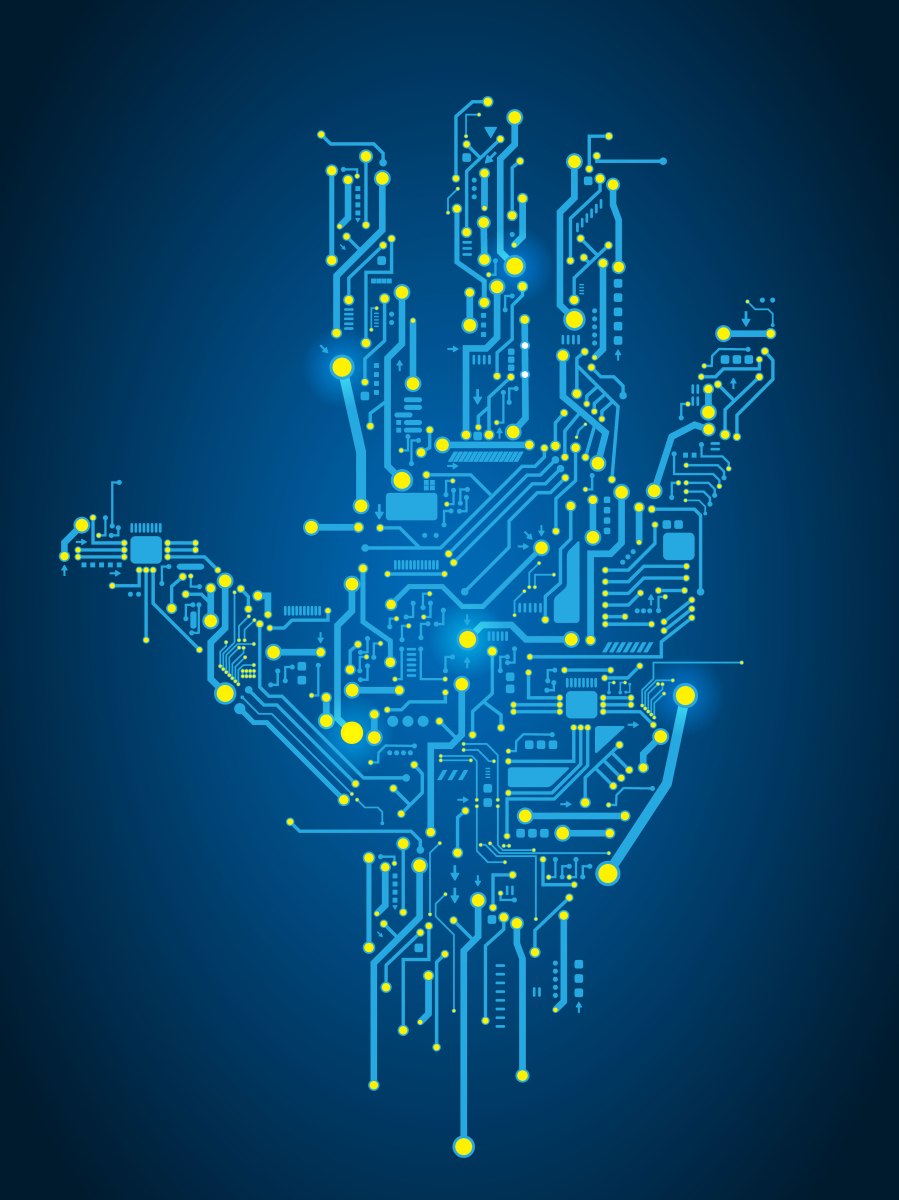 “Surround yourself with only people who are going to lift you higher.”

It’s your tribe that will help you realize your dream. You may have to wear a few hats, but you can’t wear all of them. In business we refer to the tribe as an ecosystem –of employees, partners, investors and customers. What’s most important is that it is a tribe of believers. You must attract your tribe. Don’t hunt for that big shiny coin.

Instead become a storyteller and see who believes in you and your dream. Work with them, you will be more successful with an ecosystem that has opted in.

END_OF_DOCUMENT_TOKEN_TO_BE_REPLACED 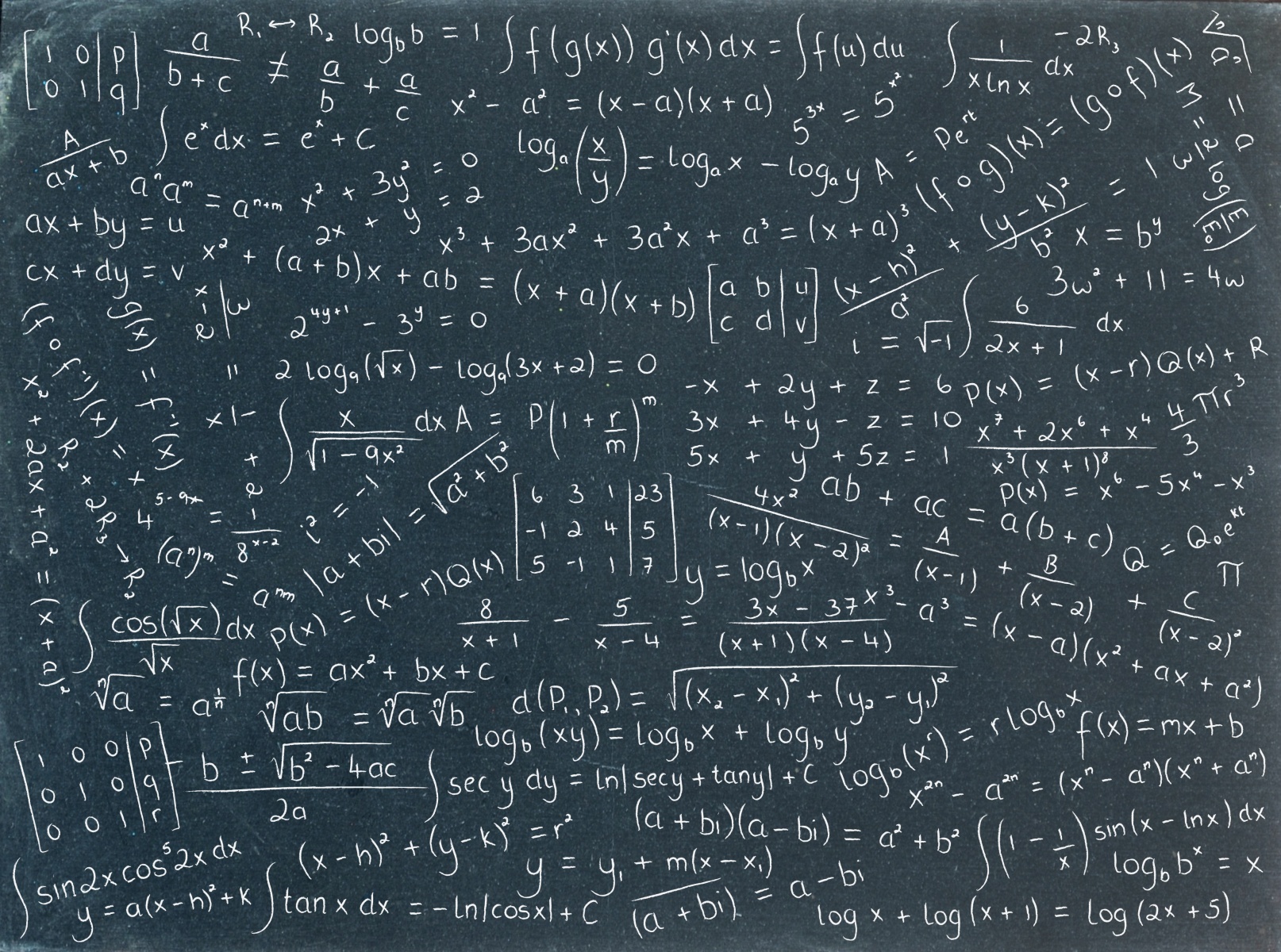 Creating something from nothing is hard work. It is impossible to do it alone. The bigger the dream the more help you will need. That is why you have a tribe to help you, especially when you are stuck. In my decades of being an entrepreneur I have never seen someone have their idea stolen, then taken to market and then scaled.

About 2 products are ever launched for every 3,000 ideas, only 10% of new ideas receive patents, only 5% of patents ever make it to market and about 2% of patents issued are ever a commercial success. The good news is that the risk is less than 1% that someone will steal you idea and be a market success; the bad news is that your odds are the same. Your great risk is failure, collaborating gives you a fighting chance. END_OF_DOCUMENT_TOKEN_TO_BE_REPLACED

“Thought allied fearlessly to purpose becomes creative force; he who knows this is ready to become something higher and stronger than a mere bundle of wavering thoughts and fluctuating sensations; he who does this has become the conscious and intelligent wielder of his mental powers.”

–As A Man Thinketh

Products and companies don’t fail, people do. Suffering is part of the journey. The Tribetan Method teaches the innovator how to cultivate both the optimism and the physical stamina to endure.

END_OF_DOCUMENT_TOKEN_TO_BE_REPLACED

“Although nature commences with reason and ends in experience, it is necessary for us to do the opposite; that is to commence with experience and from this to proceed to investigate the reason.”

The straight line only exists in the past. When creating something from nothing, innovators experience a storm of chaos, periodically hitting a milestone – a first customer or a round of funding. We know we can’t beat the storm, we just actively try to stay in the eye of it. Then when we reach the end, we look back and tell the story of the milestones as if the journey was a straight line. But that straight line doesn’t exist in the present or the future, it only exists in the story of the past.

To get to the destination of your dream you must rehearse, practice, experiment and try! You take the first step from a place of faith. You tell the story imperfectly, you find maybe one believer, you work on some part of the dream, you try to maintain faith, horribly. You fail, misstep and then start another cycle of practice. Screw up and then rise up, be determined to do it a little better. Use the mistakes to refine; use the successes to reinforce your journey. And with each cycle, you hit a milestone. At first, small ones, like a prototype. END_OF_DOCUMENT_TOKEN_TO_BE_REPLACED

We would love to hear from you. Please send all requests, questions and feedback to we@tribetan.com

The Tribetan Method is universal in application, from launching a new product, to starting a company or closing that big sale. We offer speeches, lectures, workshops and special strategic planning sessions to teach the general framework or leverage its application for specific personal or corporate goals.

Through our keynotes, workshops, coaching and consulting services, we at Tribetan teach organizations and individuals how to turn their ideas and goals into reality, like entrepreneurs and innovators do everyday. If you are interested in speeches, lectures, workshops or collaborating, please contact collaborate@tribetan.com

Entrepreneurial skills like persuasive storytelling, collaboration, endurance and cultivated optimism are primary skills and critical for future success -the way literacy was generations ago. We didn’t all learn to read and write to become best selling authors, right?

Tribetan believes that in a world where all people know how to turn their imagination into reality; you will see more successful founders, salespeople, executives, managers and students; as well as, increased innovation in every sector of society, from education to art to science to medicine to business to politics.

How? Because the new way, different way and better way always starts in the imagination. And the Tribetan Method teaches everyone how to make their imagination real.

Our global tribe of innovators have used the Tribetan Method to start companies, get dream jobs, launch incubators, close that big sale and pursue college dreams. The Tribetan Method has been taught to thousands live, and over a million through broadcasts. Audiences and venues have included entrepreneurs, politicians, students, accelerators, executives, law firms, embassies and even the European Parliament.